According to numerous UFO hunters and Ufologists, Antarctica is the ideal place where we can find tons of UFO related material. From crash sites that are still visible today thanks to Satellite images to actual recovered alien spacecraft and secret underground bases, Antarctica has it all.

Not long ago, a UFO hunter was checking Antarctica for said anomalies and found a crash site that according to him, is the ultimate evidence of an alien wreckage downed in the Antarctic. After looking through satellite images just off Willy Fiedl Road, YouTube user… has found satellite images that show what he calls “four tanks facing the strange ‘crack’ in the snow”. The UFO hunter believes the anomalous crack is in fact a downed UFO craft that skidded to a halt after it performed some sort of emergency landing. 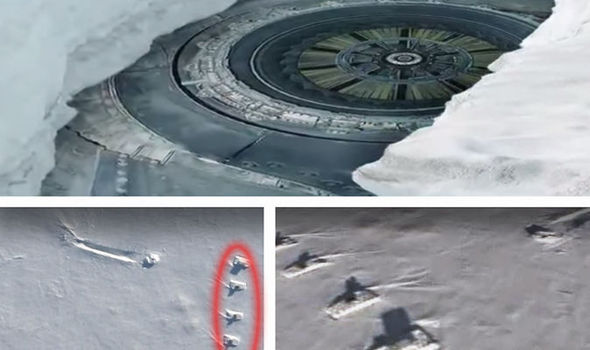 Of course there are other possibilities that we can consider here. It does not have to be a downed UFO. Remember that in the distant past, hundred of thousands of years ago, even millions of years ago, the climate of this-now icy continent was very different.

Here is the incredible video

According to YouTube user Third Phase of the Moon, there are different set of images. The old and new ones. The old image only shows the UFO in the snow without the tanks while in the new images the UFO and a set of four tanks are visible in the icy landscape.

While not everyone who looked at the image is convinced that we are looking at an actual downed UFO with military tanks guarding it, there are many people who believe that Antarctica’s is the perfect place to look for UFO’s and other interesting objects.

According to paranormal researcher Mr Degterev from Nizhny Tagil in central Russia:

“In among the endless ice desert, it is the most genuine UFO in its most classic shape.”

“I think there is very large disc-shaped flying machine amongst the frozen ice.”

According to Mr. Degterev, the mysterious downed UFO has a size of 204 feet wide and is 40 feet tall being what he considers a “Monster Sized Alien Ship”. 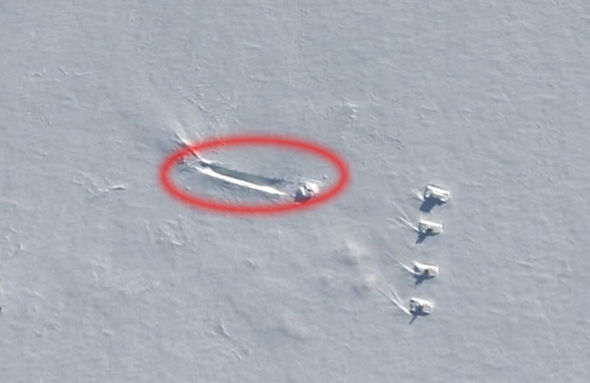 Other social media users fail to agree with him. One user wrote:  “It is clearly just a massive indent in the snow.”

On the other hand, Savely Kruglov agrees with Mr Degterev saying: “You might be onto something here. The Antarctic is pretty desolate and would be a good place to land without being noticed.”

Is it possible that as some suggest this is an actual UFO crash site? Not everything has to be connected with Aliens, there are many other possibilities that we have to consider before making any assumptions here.