The Aztecs and the Ancient Giants of Mesoamerica

Not only are Giant beings mentioned in cultures and ancient civilizations around the world, their existence is a key part of folklore and history. Their presence and existence are confirmed in religious texts such as the Bible and many other ancient sacred texts. Yet, for some mysterious reasons, mainstream scholars have found it very hard to believe that such beings existed in the past.

According to the Codex Rios, or the Vatican A codex, the Italian translation of an ancient manuscript written during the Spanish Conquest, Giant beings lived in Mesoamerica. According to the depictions of the codex, Aztec warriors fought against giant beings.

The Quinametzin Giants, according to Aztec Mythology, populated this world during the previous era of the Sun Rain.

Interestingly, it is said that the Quinametzin giants built the ancient citadel of Teotihuacan (Place where men become Gods) and the Great Pyramid of Cholula. Ten Quinametzin are mentioned in ancient Aztec mythology. It is said that when the Spanish conquistadores came to America, they saw, real flesh and blood giants.

According to legend, and accounts of the Spanish invasion in the book “The Broken Spears” Giants lived among the Aztecs, and one of their heroes, Tzilacatzin helped fight the Spanish during an attempt of hostile takeover of the ancient city of Tenochtitlan.

Tzilacatzin managed to defend Tenochtitlan by throwing huge stones at the Spanish Conquistadores, and his courage and strength can be seen in the Florentine Codex. 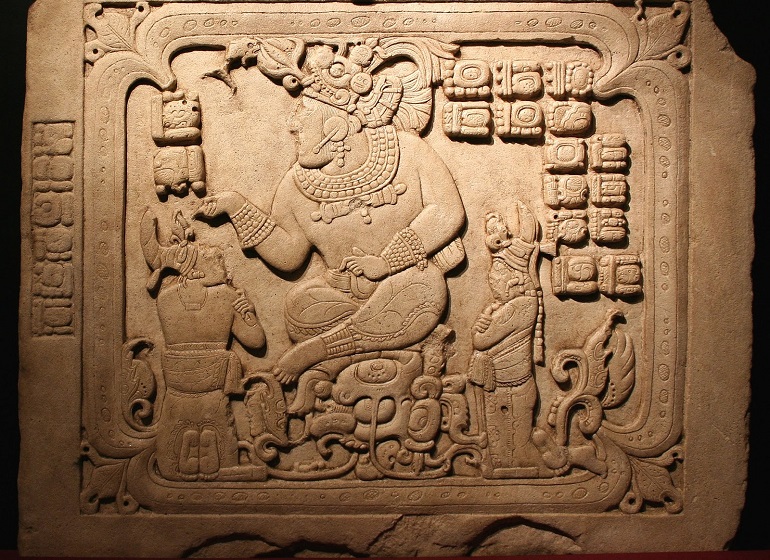 As you can see, Giant beings are widely mentioned in ancient times, and not only were some of these giant beings considered as divine, some of them like Tzilacatzin are real flesh and blood proof that such beings lived among humans in the distant past, stories that ancient religious texts back up.

There were giants [nephilim] on the earth in those days, and also afterward, when the sons of God came in to the daughters of men and they bore children to them. Those were the mighty men who were of old, men of renown (Genesis 6:4)

Dominican Fray Diego Duran tells us a lot about Aztec history and culture.  His writings offer some of the oldest texts about the ancient Aztecs, their life, religion, customs and mythology. Duran learned nearly everything there is to learn about the Ancient Aztecs, and by winning their trust, he had access to material no one else before him had.

When it comes to giant beings, Duran wrote the following:

“It cannot be denied that there have been giants in this country. I can affirm this as an eyewitness, for I have met men of monstrous stature here. I believe that there are many in Mexico who will remember, as I do, a giant Indian who appeared in a procession of the feast of Corpus Christi. He appeared dressed in yellow silk and a halberd at his shoulder and a helmet on his head. And he was all of three feet taller than the others.” ‑Fray Diego Duran, The Aztecs (New York: Orion Press, 1964), pp. 5-6.

This article has been edited to add citations and to answer Author Jason Colavito’s article.