The best UFO Video yet? 2 UFO’s spotted on Live...

The term unidentified flying object, better known by the acronym UFO, refers to the observation of a flying object, real or apparent, that cannot be identified by the observer and whose origin remains unknown after an investigation.

Despite the fact that the above explanation clearly defines the term as best as possible, many people have rushed forward to connect the term UFO with Alien/Extraterrestrial.

However, despite the fact that the UFO phenomena may in fact be real, it does not necessarily mean it’s our cosmic neighbors who are ‘riding’ the unidentified flying objects we are seeing.

Having that said, it also does not mean it’s not them.

Anyway, as good children of the modern age and maybe due to the fact that we live in a hyper-modern era, we constantly seek logical and reasonable explanation to everything that happens around us, which we cannot logically explain at first. 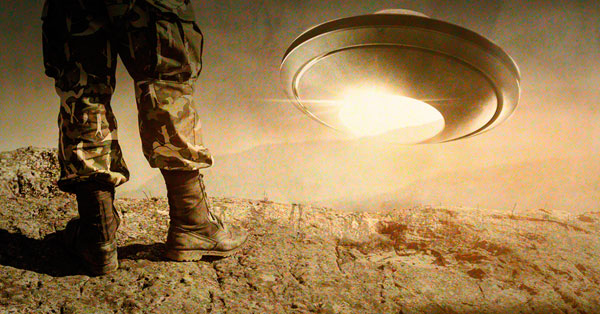 When someone says: “hey I saw a flying saucer,” most people answer with skepticism. And rightfully I might add.

This ‘reasonable’ skepticism is the result of the numerous false reports of UFOs, alien crafts, and hoaxes that have been popularized throughout the last couple of years on the internet.

Apparently, there are many who see an alien UFO in everything in the sky they cannot explain.

However, that doesn’t necessarily make it so.

In order for the UFO phenomena to be brought back to the spotlight and studied with ‘scientific reasoning,’ we must first establish a difference between real UFO’s, and things that can be rationally explained.

Why? Simply because today’s society has access to tools that can literally create a UFO out of nowhere.

Whether it’s through the use of photoshop, or video manipulation, creating a UFO has become something rather easy. This fact drastically affects serious Ufology which has been swarmed with fake UFO stories, which in turn causes many people to doubt and believe in UFO’s, despite the fact that they may be real, and not from Earth.

Having that said—and it’s just my humble opinion—I present you here with a couple of videos (I only intended to post one video, but then I saw this NASA video) which have taken the online world by surprise.

Why? They were filmed during live tv shows, and/or by NASA cameras.

My point here is that society in today’s age must not take the UFO phenomena so lightly.

We must learn to discern what is right and what’s not in Ufology, in order to place this ‘unaccepted science’ on a stable foundation that will eventually tackle the UFO question without fear.

What do you make of the videos and what do you think about Ufology? Should real–professional–Ufologists fight back against fake UFO images and Videos? What can we do collectively as a society in order to bring back Ufology from the depths of fake videos and fake reports?