The Great Pyramid of Giza a mathematically encoded structure

This ancient masterpiece of engineering and architecture is considered one of the best –if not best– examples of ancient construction. We have absolutely no idea who built the pyramid in first place. Yes, it’s located in Egypt and many mainstream scholars suggest that Pharaoh Khufu commissioned the building of the Great Pyramid of Giza as a tomb, however, there are no indications whatsoever which would point us towards that direction. 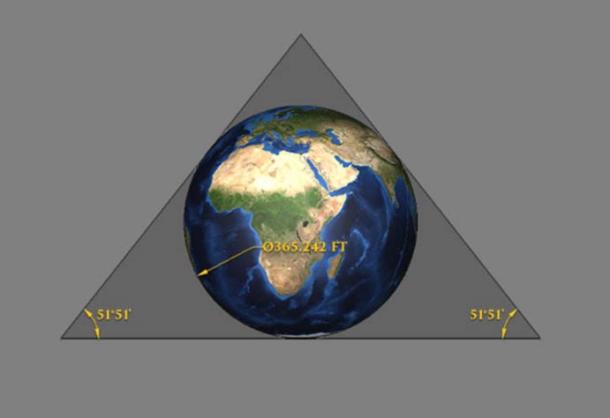 The great Pyramid of Giza has baffled anyone who has ever seen it, whether in images or up close, architects, archeologists, historians, and rulers have all been captured by the immense complexity and beauty of the Pyramid. The ancient monument referred to by the ancient Egyptians as “Ikhet”, meaning “Glorious Light”, is estimated to weigh 5,955,000 tons. Multiplied by 10^8 gives a reasonable estimate of the earth’s mass.

Even though we have been thought in school that the Ancient Egyptians used immense manpower to build the Pyramid, many scholars do not agree that this is how the pyramid was built. Wooden rollers and huge ramps, as suggested by mainstream scholars aren’t the best explanation as to how the Pyramid was built. The truth is that we have no idea, how it was built, who, when nor why.

However, there are a few things that we do know about the Pyramid and these incredible details suggest that the Great Pyramid of Giza was an immense mathematical, architectural and engineering project, one that our civilization today, would have a hard time replicating.

What makes it even more unique is the fact that the Great Pyramid of Giza is the only known Pyramid in Egypt with both descending and ascending inner passages. WE still have no clue as to why they even exist. Several theories have been proposed, but none of them make sense.

The position of the Great Pyramid of Giza 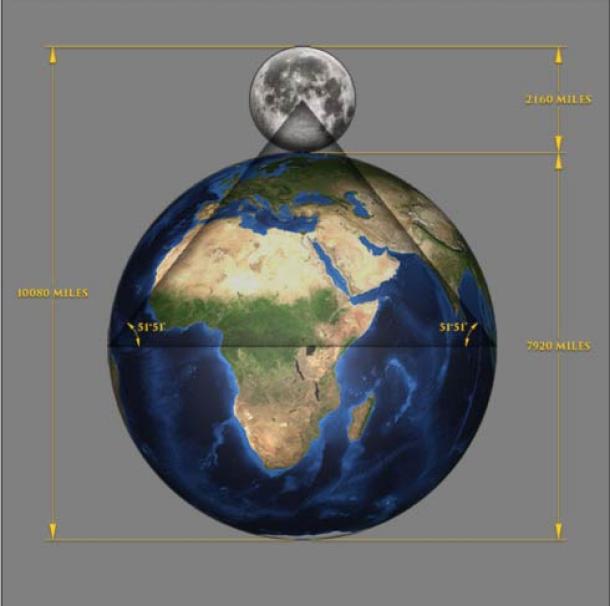 The Great Pyramid of Giza built in harmony with mathematics

Mathematically speaking, the Great Pyramid of Giza is PERFECT.

The curvature designed into the faces of the pyramid exactly matches the radius of the earth. (source) (source)

Interestingly, the Great Pyramid’s elevation seems to encode three of the most important constants in mathematics: π, Φ, and e. According to detailed survey data from Flinders Petrie and J.H., the slope angle of 51°51’ (which is 51.85° in decimal form) comes from measurements taken off the remaining casing stones.

And interestingly, the four faces of the pyramid are slightly concave, the only pyramid to have been built this way.

While most Pyramids we see have four sides, the Great Pyramid of Giza does not. A phenomenon only visible from the air, at dawn and sunrise on the spring and autumn equinoxes, reveals the eight sides of the Great Pyramid when the sun casts shadows on the ancient structure. The centers of the four sides are indented with an extraordinary degree of precision forming the only 8 sided pyramid, this effect is not visible from the ground. The Great Pyramid of Giza is the only Pyramid discovered to date which in fact has eight sides.