The Great Pyramid of Giza shined like a star thousands... 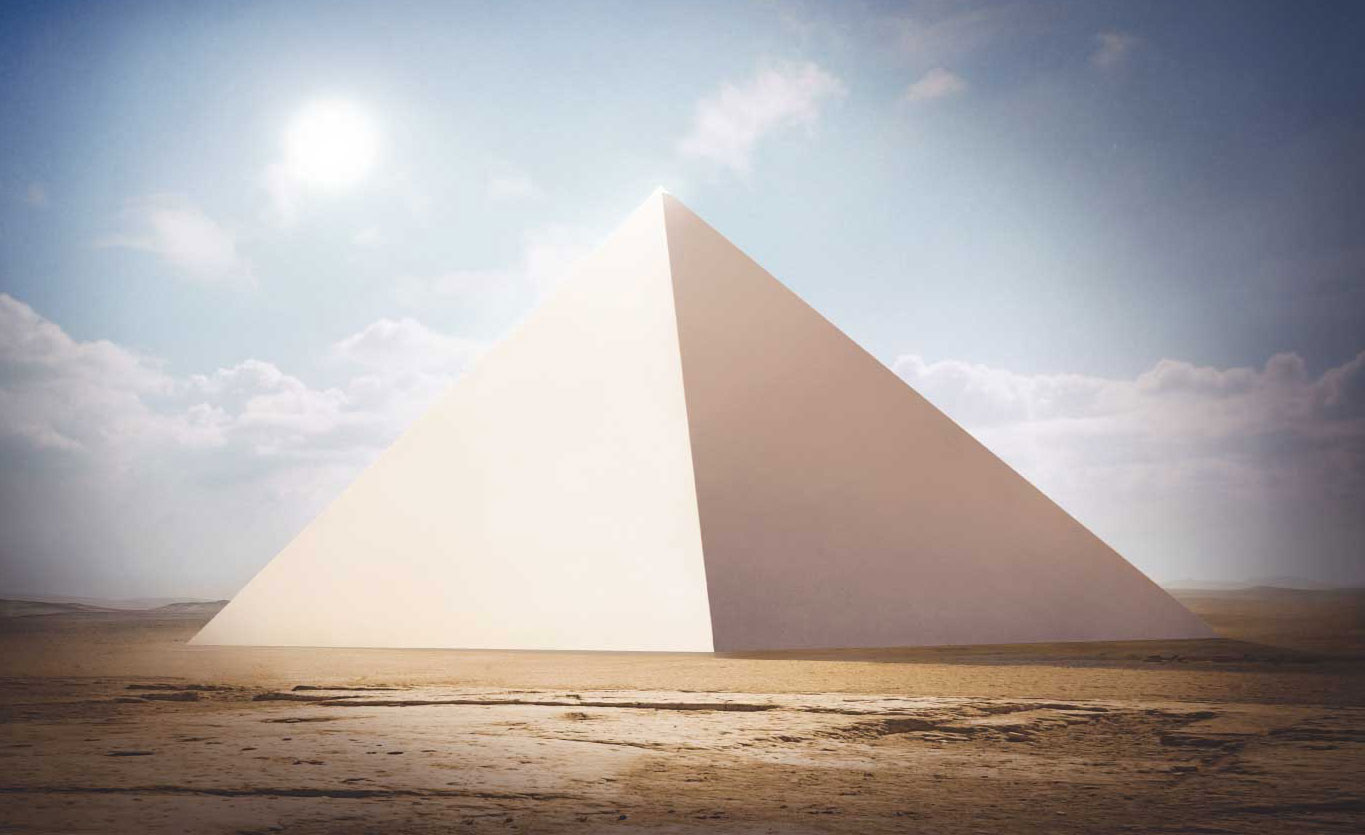 The Great Pyramid of Giza was listed by the Ancient Greeks as the first wonder of the world and is curiously the only one of the seven ancient wonders still standing proudly today.

It is a true marvel of ancient engineering and is evidence of highly skilled and advanced civilizations existing on Earth thousands of years ago.

This fascinating ancient structure has been the subject of studies for centuries. While scholars mostly believe pyramids were built as sophisticated tombs, this assumption has been greatly debated over the past couple of decades and for good reasons.

If Pyramids were in fact built as tombs, then the logical thing to find inside them is a mummy. Regrettably, until this day, NO mummy of any kind has ever been discovered in the great pyramid.

In fact, when the Pyramid was enter by the Arabs around 820 AD, the only thing they reported to have found inside was a massive –empty— granite box, located in what is today referred to as the Kings Chamber.

Furthermore, had the Pharaoh’s mummy been located inside the so-called ‘coffer’ then why it is that that the empty box was completely uninscribed and undecorated? You would expect something that important to be covered with intricate symbols and hieroglyphs paying tribute to the Pharaoh.

However, the fact that there isn’t any sort of mummy inside the Great Pyramid is just one of the many enigmas that surrounds this ancient wonder. The Great Pyramid of Giza is also the ONLY pyramid in Egypt which has and descending and ascending inner passage. All other Pyramids in Egypt –discvered to date— only have descending passages. This fact makes the Great Pyramid of Giza even more impressive and at the same time raises numerous questions. Surely there must have been a unique and specific reasons why an ascending passage with its chambers was built inside the Pyramid.

In addition to all of the above, it is noteworthy to mention that archaeologists have discovered air shafts in the King’s and Queen’s chambers. However, their exact purpose remains a profound mystery.

If the Great Pyramid was really a tomb, then why is it one of the most accurately aligned structures on the surface of our planet? The Great Pyramid is oriented true north with greater precision than any known monument on Earth.

All of this has led numerous researchers to suggest there might be a possibility that the Great Pyramid of Giza was not built as a supermassive tomb, but had a totally different purpose.

But the most important thing about the Great Pyramid of Giza was the fact that once it was completed, the Pyramid shone like a star.

Based on ancient texts and evidence found today on-site, experts have concluded that the Great Pyramid was glass-like shiny thousands of years ago.

The Great Pyramid of Giza was covered with highly polished limestone casing stones which reflected the sun’s light and made the pyramid shine extremely bright. Most of these casing stones are missing today after a 14th-century earthquake loosened many of them. However, some researchers have calculated that these casing stones would have acted like a supermassive mirror, reflecting light so powerful that the pyramid may have even been visible from the MOON, like a shining star on Earth.

According to reports, the ancient Egyptians even called the Great Pyramid of Giza ‘Ikhet’ which translated means ‘ Glorious Light.’ Furthermore, with its original mantle in place, the Great Pyramid was most likely visible from the mountains in Israel. It remains a mystery as to how the ancients were able to transport massive blocks of stones from distances up to 800km from the Pyramid. Is it possible that we are missing a piece of the puzzle of the Pyramid’s construction?

Both contain the number sequence 299792458, which to some is too peculiar to be a coincidence.