Another Pyramid in Asia… Why did the ancients build so many pyramids across the world?

Near the village of Asuka, Japanese archaeologists discovered a large mound which has a pyramidal structure in its inside. According to experts, a report in the Japan times suggests that the site dates back to the second half of the sixth century AD. Asuka has been very well-known for mysterious granites stone structures which have been found across the region, among them, the Rock Ship of Masuda which still represents one of the greatest archaeological enigmas of Japan. 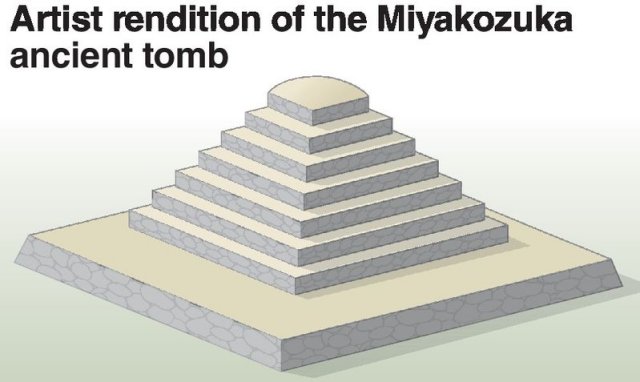 Scholars from the University of Kansai state that the tomb, named as the Miyakozuka tomb is a multilayered pyramid. The pyramid-shaped tomb is buried underneath an earthen mound. The discovery of the pyramid has been characterized by experts as a new form of construction, different to those already found.

Archaeologists and experts are still divided on who the tomb was actually built for, while most of them agree that it was erected in honor of Soga no Iname a high-ranking member of the Soga clan which ruled over the region in the distant past, other experts are reserved about it.

According to Japan Times: The tomb may have been influenced by ancient tumuli built near the border between China and North Korea, given the similar structure, the experts said.

Japan News reports “it is thought that Soga no Iname, a Yamato Dynasty leader who died in 570, was buried in the tomb. He is known to have had close links with people from China and the Korean Peninsula who immigrated to Japan. According to reports, it is believed that the Pyramid like structure had up to eight stone layers, the mound, according to researchers is estimated to have been at least 4.5 meters high on the eastern side and up to seven meters on the western side. Each side is estimated to have been 40 meters long.

At the archaeological site, experts from the Kansai University unearthed from the Miyakozuka tomb in 1967 several clay pots and ironware. The exact size of the mound, structures, and other important details are unclear. 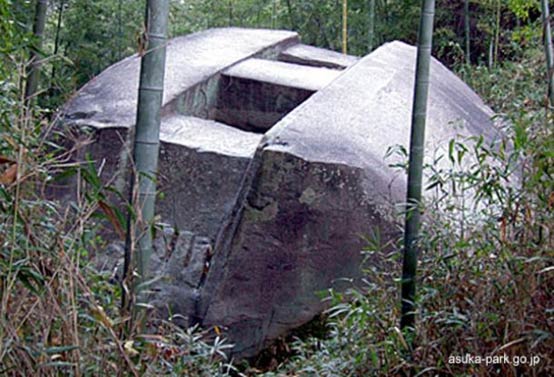 The region is home to Masuda-no-iwafune, an ancient monument that is estimated to weigh around 800 tons. Researchers have several hypotheses about the mysterious structure. Some experts believe that the monument could mark the location of the Masuka Lake, located in the region in the distant past. Other researchers believe that the Masuda No Iname is an unfinished tomb. Experts note that the linear protrusion located at the top of the structure runs parallel to the top of the hill and strangely aligns with the sun on a day known as ‘spring doyou entry’ a date extremely important in the calendar for ancient Japanese agriculture as it marked the beginning of the agricultural season. This has led experts to suggest that the Masuda No Imane is a point of astronomical observation

More about Masuda-no-Iwafune from the History Channel: