The mysteries of Nan Madol, the Reef of Heaven

The Reef of Heaven – Nan Madol 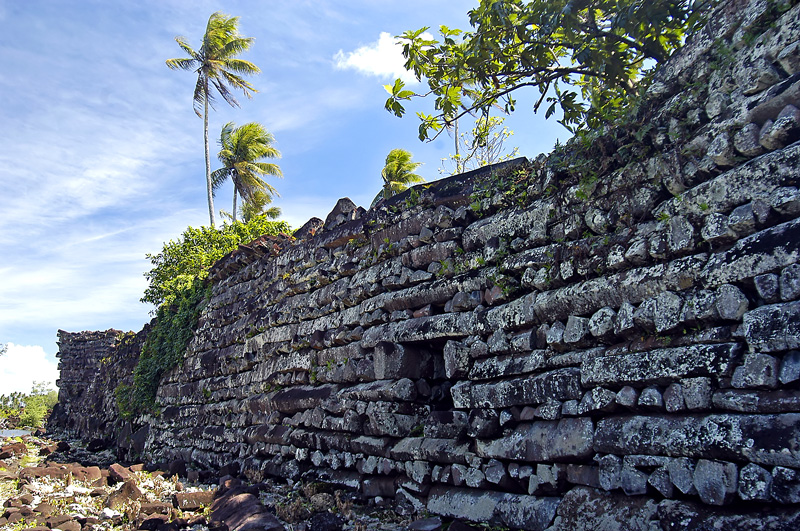 Nan Madol is the only known ancient city ever built on top of a coral reef. The unique site is located in the Federated States of Micronesia. (see map below) Pedro Fernandes de Quiros, of Portugal, was the first European to set foot on the island and see the ruins of Nan Madol in 1595.

Construction is thought to have started 1,500 years ago and the Saudeleur people built 92 islands in the water next to Pohnpei. The site core with its stone walls encloses an area approximately 1.5 km long by 0.5 km wide and it contains nearly 100 artificial islets—stone and coral fill platforms—bordered by tidal canals. The name Nan Madol means “spaces between” and is a reference to the canals that crisscross the ruins.

The original name was Soun Nan-leng (Reef of Heaven), according to Gene Ashby in his book Pohnpei, An Island Argosy. These incredible structures truly represent ancient man’s creativity, intelligence and it is a feat – akin to the building of the pyramids in Eygpt. Until today, researchers and archaeologists have observed these megalithic constructions and asked themselves, how was this built.

What is even more puzzling is the fact that researchers have yet not identified the origin of some of the stones used in the construction of Nan Madol, adding to the mystery of this incredible complex of incredible structures – unknown to most of us.

Carbon dating indicates that the construction of Nan Madol began around 1200 CE, while excavations show that the area may have been occupied as early as 200 BCE.

There are many theories present as tho who built these structures. In his book, Lost City of Stones (1978) writer Bill S. Ballinger theorizes the city was built by Greek sailors c.300 BCE. On the other hand, David Hatcher Childress, an author of travel guides, speculates that Nan Madol is connected to the lost continent of Lemuria.

Rufino Mauricio, Pohnpei’s only archaeologist, has dedicated his life to studying and preserving the ruins, which are built of 750,000 tons of black basaltic rock.

“Nan Madol is one of the most significant sites not yet on the World Heritage List,” says Richard Engelhart, an archaeologist and former UNESCO adviser for Asia and the Pacific.

But what makes these structures even more incredible is that given the size of Pohnpei’s population at the time — fewer than 30,000 people — the construction of Nan Madol is an even larger and more remarkable effort than the Great Pyramids were for the ancient Egyptians.

The even bigger mystery is how did the builders of Nan Madol manage to transport the stones from the identified quarries to the construction site? And why would the constructors even bother transporting these incredible stones in the first place, (Oh, and by the way, these stones range in weight from five to ten tons) when they could have found a construction site that was closer to the quarries?

It truly is a mystery.

Nan Madol represents the remains of megalithic architecture in the region, it has left archaeologists baffled by the arraignment and quality of the stones and it truly is a mysterious but yet beautiful place on Earth.

What was the real purpose of this megalithic site located in Micronesia? That is one question that still needs an answer.

Here are some images of Nan Madol:

See more in the video below: