The mystery continues: What they’re not telling us about Antarctica

Antarctica has it all. The most amazing landscape, sub-zero temperatures, unforgiving terrain, mystery structures buried under the ice, and evil mastermind penguins. However, as you’ve probably heard by now, Antarctica is the one place on Earth that is OFF limits to civilians. 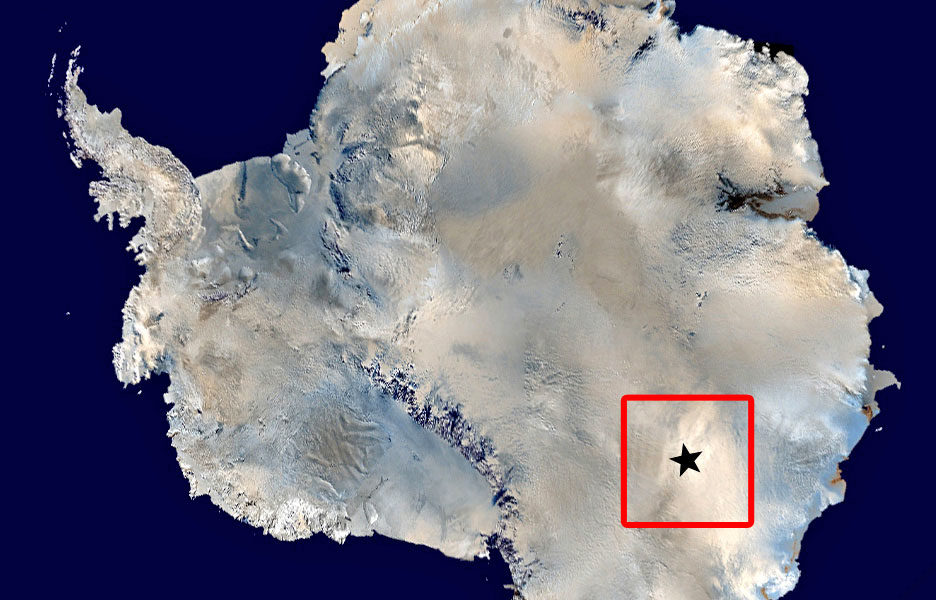 But why? It’s not because of Happy Feet, is it?

Antarctica was in the distant past, a very different place. With its 14.0 million square kilometers, Antarctica is the fifth largest Continent on our planet, and in other words, is twice the size of Australia.

Experts tell us that Antarctica was once covered with vegetation and teeming with life. Today, the home contents of Happy Feet is covered with around 99 percent of ice.

Antarctica was located farther north and experienced a tropical or temperate climate, meaning that it was covered in forests, and inhabited by various ancient life forms.

What does this mean?

Well… given the little we know about the life on our planet in the distant past, it is likely that people might have lived on this now, icy continent and developed as a society just like people did in Africa, Europe and Asia.

The first time mankind supposedly came across the icy continent was around 1820.

However, that’s not totally correct.

Curiously, there are numerous ancient maps that depict parts of Antarctica free of ice. One of the most controversial maps was without a doubt composed in 1513, by Turkish Admiral Piri Reis who drew a map that would create a global debate over 500 years after him. The map depicts Antarctica which was discovered between 1818-1820. But how is this possible?

It has become a popular belief that ancient civilizations across the globe were in fact much more advanced than what mainstream researchers are crediting them for. Numerous maps discovered in the past are clear indications that the story told today by scholars is incomplete, and there are numerous missing links in our history.

Smells like there’0s much more we DON’T know about Antarctica.

Between 1946 and 1947, we INVADED Antarctica in a military operation called Operation high jump. A very interesting documentary called Third Reich – Operation UFO seems to question a lot of things regarding Antarctica and one of those things, that the documentary approaches, is whether there’s a possibility that Antarctica might be home to numerous secret underground bases.

After the Soviet collapse in 1991, the KGB released previously classified documents that shed light on the infamous “Operation Highjump.” Intelligence reports obtained by Soviet spies working in the United States revealed that the United States NAVY sent numerous expeditions to Antarctica for mysterious purposes.

Basically, Operation HighJump was characterized by two things: It was fast and it was extremely secret. During Operation high-jump, Admiral Ramsey stated: “the Chief of Naval Operations only will deal with other governmental agencies” and that “no diplomatic negotiations are required. No foreign observers will be accepted.”

It is believed that more than 70,000 aerial photographs were taken during an approximate 220 hours of flight time and it was all shrouded in secrecy. Several men had been reported as losing their lives in plane crashes.

Interestingly, when Admiral Byrd got home he was summoned to Washington and interrogated by the Security Services” before meeting with Secretary of Defense James Forrestal. Following, “Adm. Byrd declared today that it was imperative for the United States to initiate immediate defense measures against hostile regions,” reported the El Mercurio, a news outlet in Chile, on March 5, 1947.

He made a staggering declaration:

Flying objects that “fly from Pole to Pole with incredible speeds” were the new threat. But who were the new enemies, given Germany had just suffered a defeating blow in the War? Some say it was the remnants of the German army and bases established in Antarctica. Others aren’t so sure.

Antarctica remains one of the most isolated and mysterious places on the surface of our planet.

Government nondisclosure continues and will most likely continue in the future. Around 30 nations now operate research stations bases on the continent, and little information is given society about what exactly is going on there. The Antarctic Treaty demands scientific research and collaboration without a military presence, yet the military visits the continent from time to time.

What is referred to as a ‘truly shocking and astonishing video on extremely strange events in the Antarctic continent’ has recently been uploaded to YouTube, causing a social network debate about Antarctica and what’s really there?

“A naval officer tells us what he remembers, including seeing a huge opening in the ice in a no-fly area they were crossing with a medical emergency on board. Then he ferried a group of scientists who had disappeared for two weeks and has specifically been warned not to refer again to this subject. As he put it, “they looked scared.” When they returned to McMurdo, their gear was isolated and they were flown back to Christchurch, New Zealand in a special plane. He discusses what he saw and experienced in detail. This is the most provocative story about what is going on in Antarctica ever presented anywhere.”

What do you think? Is there anything strange to Antarctica? Is Antarctica just an isolated, frozen continent? Or is there perhaps more to it, as many conspiracy theorists and whistleblowers claim?