The mystery of the Upside-down stones of Sacsayhuaman

The builders of ancient Sacsayhuaman left behind precisely cut blocks of stone that have challenged our modern-day builders in many ways. But in addition to their numerous achievements in engineering and architecture, there are certain parts of Sacsayhuaman which are indicative perhaps of a giant cataclysm that wrecked the entire area thousands of years ago. 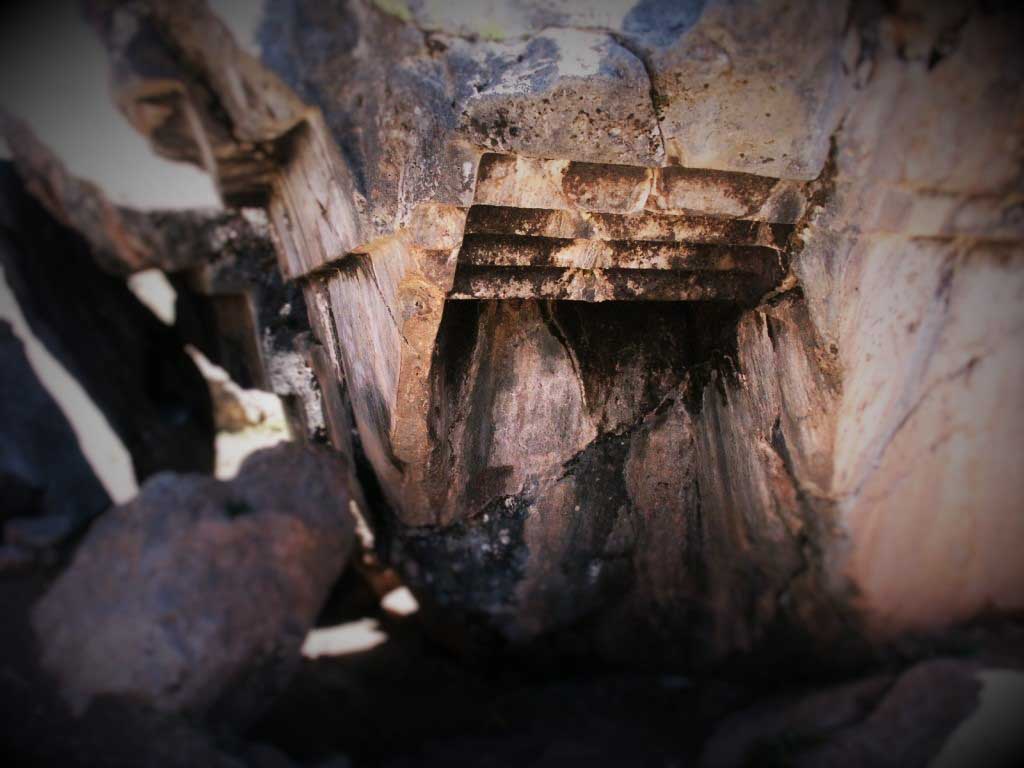 According to studies, experts believe that the Killke culture built the older sections of the site approximately 1,000 years ago. What is an interesting fact here is that the Inca themselves believed the site was constructed by an earlier unnamed race of people led by a mighty God, who descended from the skies.

How out ancestors managed to cut, lift transport and place into position stones that weigh hundreds of tons remains a profound archaeological mystery.

Did they have superhuman strength? Did giants exist back the? Or did they have lifting means that are unknown to modern-day humans?

One fascinating rock found at Sacsayhuaman is that of the massive granite stairs that appear to run upside down.

Many of the stones at Sacsayhuaman show evidence of being manipulated by unknown means thousands of years ago, yet many ancient sites display evidence indicative of a giant cataclysmic that shook the region in the past. The gigantic rock with the ‘upside-down’ stairs are one of the many pieces of a now lost puzzle.

Who were the ancient builders of Sacsayhuman? How did they manipulate with such ease granite? One of the hardest materials to work with.

Today, many authors have come up with different theories trying to explain how ancient mankind managed to achieve the level of precision seen at many ancient sites like Sacsayhuaman.

According to Vincent R. Lee, an author, and explorer who has had the pleasure to travel to a number of ancient sites around the globe where ancient cultures managed to move cut and place into position huger megaliths, the blocks of stone at Sacsayhuaman were put into place by extremely careful carving methods. However, the method used to match precisely the shape of a group of rocks adjacent to one another remains a mystery. Some researchers speculate that scribing or templating might have been involved. The huge megalithic pieces of stone would have been towed up a ramp and above the walls where they were placed on top of a stack of logs. Eventually, the logs would be removed one at a time to lower the blocks of stone into place.

But we could probably go on writing about the mysterious methods used by ancient cultures to create incredible ancient sites all day long. However, we are more interested in what happened to the stones after their construction.

Similar evidence of catastrophic events can be found in many ancient sites, among them Puma Punku.

While everyone talks about the fascinating precision of the builders of Puma Punku, who created this megalithic complex, and how they managed to transport megalithic stones weighing hundreds of tons, no one has asked what happened to Puma Punku thousands of years ago that caused a mass-displacement of the megalithic stones?

Evidence of a mass-displacement of stones in not only visible at Puma Punku but on many ancient sites like Sacsayhuaman and Tiahuanaco.

What could have created so much energy to ‘throw’ stones weighing hundreds of tons all around the place?

However, according to local mythology, Puma Punku is directly related to heavenly deities and the time of the first creation. According to legends, the first inhabitants of Puma Punku had supernatural powers and were able to ‘carry’ megalithic stones through the air using SOUND. Similar techniques could have been used at other ancient sites like Tiahauanco, Machu Picchu, Ollantaytambo, and Sacsayhuaman.

After analyzing hundreds of images and reading numerous reports of scientific studies at Sacsayhuaman and other ancient sites around the globe, is it possible that there is enough evidence to support the idea that a huge, catastrophic event occurred in the region thousands of years ago? Leaving behind rocks weighing hundreds of tons scattered across numerous ancient sites.