The unsolved mystery of the Dyatlov Pass Incident

The horrific Dyatlov incident, the most enigmatic mystery of the 20th century. Today, almost sixty years after, nobody has been able to determine what happened to the 9 people who lost their lives while hiking in the northern Ural Mountains. Was their death caused by an avalanche? Was it an acute case of hypothermia? An intervention of extraterrestrial forces? Nuclear experiments? Or a combination of factors? Experts found that the clothes of the hikers showed clear traces radioactivity and their skin had a strange brown color. 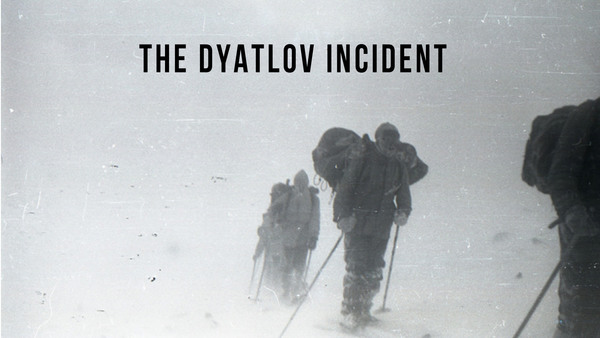 Several decades after the incident no one has been able to say for certain what happened to the nine hikers who lost their lives.

This is the story.

On the last days of January 1959, a group of 10 explorers (8 men and 2 women), students of the Polytechnic Institute of the Urals of Yekaterinburg, began a journey through the Ural mountains, with the objective of exploring the Otorten peak, located to the north of the mountain range.

Under the command of Igor Dyatlov, a 23-year-old, though very experienced, the group came to Vizhai, a village at the foot of the mountains where Yudi Yudin, one of the explorers, had to stay due to an intestinal infection. The rest of them continued their march and set up camp on a slope of the mountain Kholat Syakhl, to spend the night.

Thereafter, nothing else could be explained.

In the absence of news from the hikers, on February 20, a rescue mission was set in motion that managed to find the camp six days later.

On February 26, the searchers found the group’s abandoned and badly damaged tent on Kholat Syakhl. The campsite baffled the search party. Mikhail Sharavin, the student who found the tent, said “the tent was half torn down and covered with snow. It was empty, and all the group’s belongings and shoes had been left behind.” Investigators said the tent had been cut open from inside.

Next to a pine tree the rescue mission found the first two corpses, half-naked and covered by a thin layer of snow. Their hands were flayed, as if they had tried desperately to climb the tree.

Three more bodies were found nearby, including that of their guide Igor Dyatlov, who did not show any type of wounds, although they were positioned in such a way that they seemed to have tried returning to the camp.

Two months later, the corpses of the rest of the group appeared. They had fractured skulls and ribs, and one of them, Ludmila Dubinina’s, lacked her tongue and eyes.

To all this, experts found that the clothes of the expeditionaries showed clear traces radioactivity and their skin had a strange brown color. To add more to mystery, a group of mountaineers reported having seen strange lights in the area during those days.

The strange lights were reported by another group of hikers (about 50 kilometers south of the incident) who claimed to have seen strange orange spheres in the night sky to the north on the night of the incident. Similar spheres were observed in Ivdel and adjacent areas continually during the period from February to March 1959, by various independent witnesses (including the meteorology service and the military).

Today, the mystery remains unchanged, and no one has been able to say for certain what happened to the hikers. Official reports say that six victims died from hypothermia while others showed signs of physical trauma. One victim had a fractured skull while another had brain damage but without any sign of distress to their skull. Additionally, a female team member had her tongue and eyes missing. The investigation concluded that an “unknown compelling force” had caused the deaths.

Experts determined that three of the ski hikers had fatal injuries: Thibeaux-Brignolles had major skull damage, and both Dubinina and Zolotarev had major chest fractures. According to Dr. Boris Vozrozhdenny, the force required to cause such damage would have been extremely high, comparing it to the force of a car crash.