Translated text of the 2000-year-old Book of Giants proves the...

Whether or not the Nephilim, fallen angels were real is still an ongoing debate among scholars and numerous researchers. Interestingly, there are a number of ancient texts which make reference to the Nephilim, and among them is the ‘Book of Giants’ considered by many as one of the most important ancient texts that mentioned these mysterious beings. 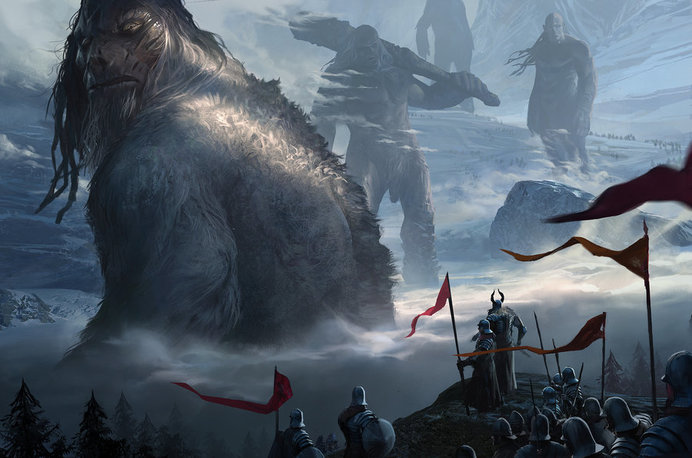 Among the most controversial ancient texts ever discovered in the last century, the Book of Giants is probably the most noteworthy. According to researchers, this ancient text is believed to have been based on the Book of Enoch, considered as a pseudepigraphical work dating back to the third century BCE.

It is said that thousands of years ago, angels and humans interacted freely, a ‘fact’ well documented in the Genesis (6:1-4).

The Book of Giants speaks of the exploits of the giants, what they did to mankind thousands of years ago. The book specifically focuses on the two children of Shemihaza, Ohya and Hahya. However, there are many ancient texts that make reference to the Nephilim. One of those texts is the Book of Genesis, which undoubtedly describes these mysterious creatures considered by mainstream scholars, only as mythological beings of mankind’s distant history. Most of the information gathered ed today come from the apocryphal Book of Enoch. This ancient work is historically attributed toNoah’s great-grandfather.

The Book of the Giants was published in not less than six or seven languages. From the original Syriac the Greek and Middle Persian versions were made. The Sogdian edition was probably derived from the Middle Persian, the Uygur from the Sogdian. The book may have existed in Coptic. (Source)

The Book of Giants –which by the way is incomplete—offers a different perspective about theNephilim. According to the ancient text, the Giants —The Nephilim—became aware that due to their violent ways, they face an imminent destruction. They asked Enoch to speak on their behalf to God:

A summary statement of the descent of the wicked angels, bringing both knowledge and havoc. Compare Genesis 6:1-2, 4.

The angels exploit the fruifulness of the earth.

The two hundred angels choose animals on which to perform unnatural acts, including, presumably, humans.

The outcome of the demonic corruption was violence, perversion, and a brood of monstrous beings. Compare Genesis 6:4.

The giants begin to be troubled by a series of dreams and visions. Mahway, the titan son of the angel Barakel, reports the first of these dreams to his fellow giants. He sees a tablet being immersed in water. When it emerges, all but three names have been washed away. The dream evidently symbolizes the destruction of all but Noah and his sons by the Flood.

The giant goes to the others and they discuss the dream.

The giants realize the futility of fighting against the forces of heaven. The first speaker may be Gilgamesh.

Ohya’s dream vision is of a tree that is uprooted except for three of its roots; the vision’s import is the same as that of the first dream.

Ohya tries to avoid the implications of the visions. Above he stated that it referred only to the demon Azazel; here he suggests that the destruction isfor the earthly rulers alone.

Someone suggests that Enoch be found to interpret the vision.

After a cosmic journey Mahway comes to Enoch and makes his request.

Enoch sends back a tablet with its grim message of judgment, but with hope for repentance.

A fragment apparently detailing a vision that Enoch saw.

(Credit to the original authors of the text)