Types of Advanced Civilizations according to the Kardashev Scale: Where...

Essentially, to measure the progress of a civilization (or how great it is), the Kardashev scale focuses on the amount of energy that a civilization uses and classifies them accordingly. This method, which measures the technological advancement of civilizations (Alien civilizations) was first proposed in 1964 by Soviet astronomer Nikolai Kardashev.

Even though this scale is only hypothetical, it pits energy consumption in a universal perspective which in turn allows us to understand how advanced have we become as a civilization and how advanced other civilizations, somewhere in the cosmos might be.

While searching for alien life in the cosmos, Kardashev theorized that the technological advancements of a civilization essentially correspond to the amount of energy it can produce: From its planet, its star, its solar system, galaxy and the universe eventually.

Kardashev included five types of civilizations into his scale, these are the following: Type I (10 ^ 16 W), Type II (10 ^ 26W) and type III (10 ^ 36W). Later, other astronomers extend the scale to Type IV (10 ^ 46W) and Type V (the power available to this type of civilization would be equal to all the energy available not only in our universe but all universes (multiverse) and all time). 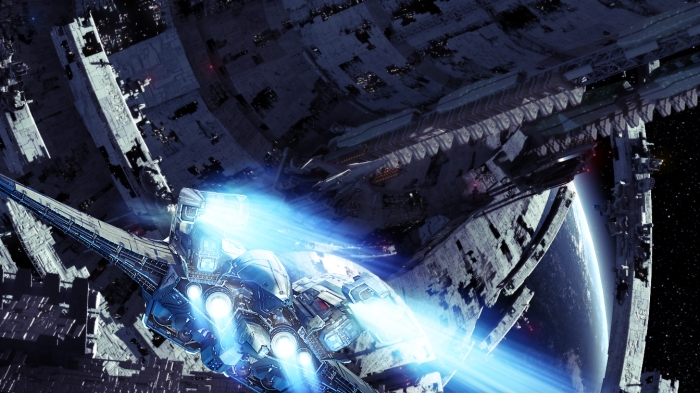 Type I Civilization: A planetary civ

Civilizations belonging to the II type are able to harness the power of their entire star by constructing a mega-structure around it like a Dyson Sphere which would enclose a star completely in order to capture is entire energy output. This civilization would have mastered fusion energy, which is literally the mechanism that powers a star. In addition, to the previous, this type of civilization would have the means to occupy several planets, and the massive disposable energy would make this type of civilization literally immune to extinction.

The type II civilization can be considered as galactic travelers which have the ability to move from one star to another capturing energy and colonizing planets along the way. Given their technological advancements, it’s very likely that this civilization are composed of cyborgs or advanced cybernetic organisms, in other words, demigods and inferior humans who have been degraded as a subspecies. Their self-replicating robots could spread across the galaxy colonizing anything they can along the way.

This type of civilizations has the ability to harness the energy of the entire universe. Their society is composed of highly advanced species that could traverse the accelerating expansion of space and even inhabit supermassive black holes. They have nearly ‘god-like’ capabilities like changing the structure of spacetime.

This type of civilization has the ability to control the power output of a group of universes. These highly advanced societies could jump between different multiverses containing different forms of matter, physics and space-time. These beings would be considered ‘Gods’ and have the knowledge to manipulate multiverses as they see fit.