Photos have emerged of an uncontacted Amazon tribal community in the Amazon. The so-called Yanomami tribe are considered by experts as one of the largest isolated groups on the American continent. Now, experts warn they may no longer remain so, as their existence is threatened by criminal outsiders who are closing in on their land.

The spectacular images of the uncontacted indigenous village have stirred pleas from local tribe leaders and human right advocates for a necessary government intervention in order to protect the community of people from illegal gold prospectors reports National Geographic.

The Yanomami tribe is believed to consist of approximately 26,000-35,000 indigenous people inhabiting some 200-300 villages within the Amazon rainforest. Their territory is centered on the border of Brazil and Venezuela, just between the Mavaca and Orinoco rivers.

This image, taken from a helicopter show one of the villages of the Yanomami tribe. The structure is referred to as a YANO structure. Each section of the “building” is believed to be home to a different family—and is precisely where they sleep, eat, keep fires and store their belongings and food.

The ancient tribe is believed to make use of hundreds of different plants for different purposes. Their knowledge developed over thousands of years, which is why they are considered as a national treasure and are described as irreplaceable by Survival International, an NGO which campaigns for the rights of indigenous people.

Some of the Yanomami have had contact with outsiders, but most of them do not venture out into the open and remain close to their village where they hunt and gather food.

The official territory of the Yanomami indigenous tribe covers a staggering 9.6 million hectares – and is protected by the government.

Experts argue how outsiders, especially criminal groups pose a direct threat to the community, bringing not only destruction but numerous diseases like malaria to which uncontacted people like the Yanomami have no immune resistance, let alone medicine.

Excerpts maintain how Uncontacted Yanomami have indicated their desire to be left alone – fleeing from outsiders and avoiding contact with outsiders.

According to veteran Yanomami activist and shaman, Davi Kopenawa, the miners “are like termites – they keep coming back and they don’t leave us in peace”.

“The place where the uncontacted Indians live, fish, hunt, and plant must be protected. The whole world must know that they are there in their forest and that the authorities must respect their right to live there,” he said.

According to Survival International, “Brazilian government agents are charged with protecting the Yanomami territory. But they are currently facing severe budget cuts amid politicians’ plans to drastically weaken indigenous land protection and rights.” 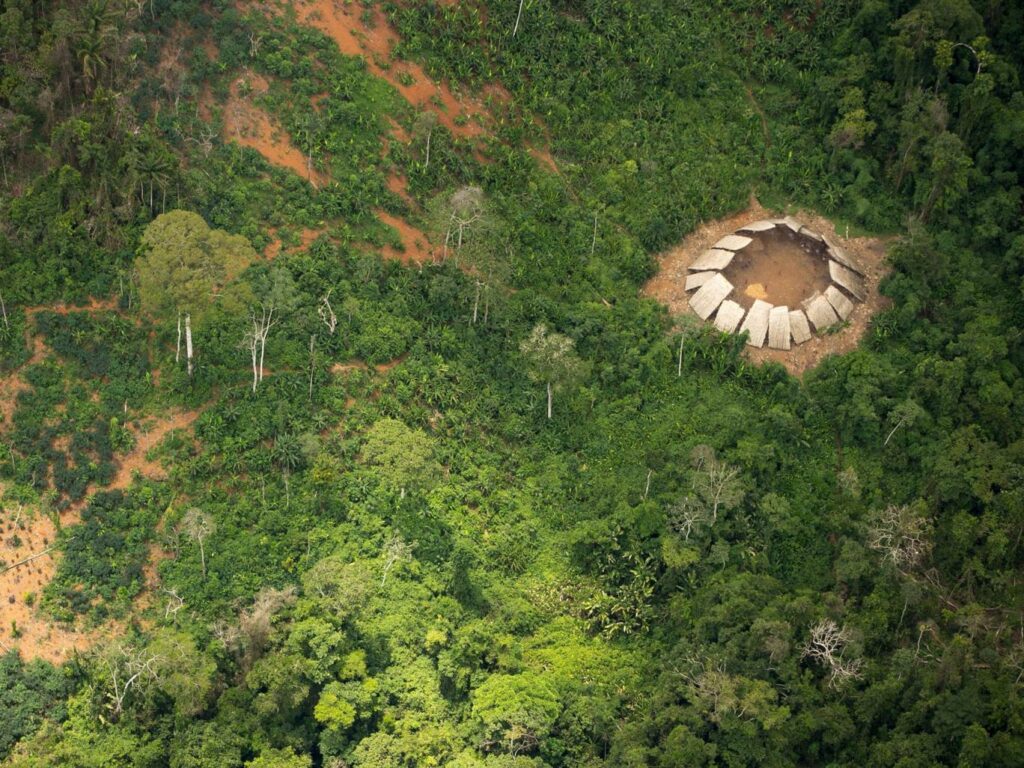 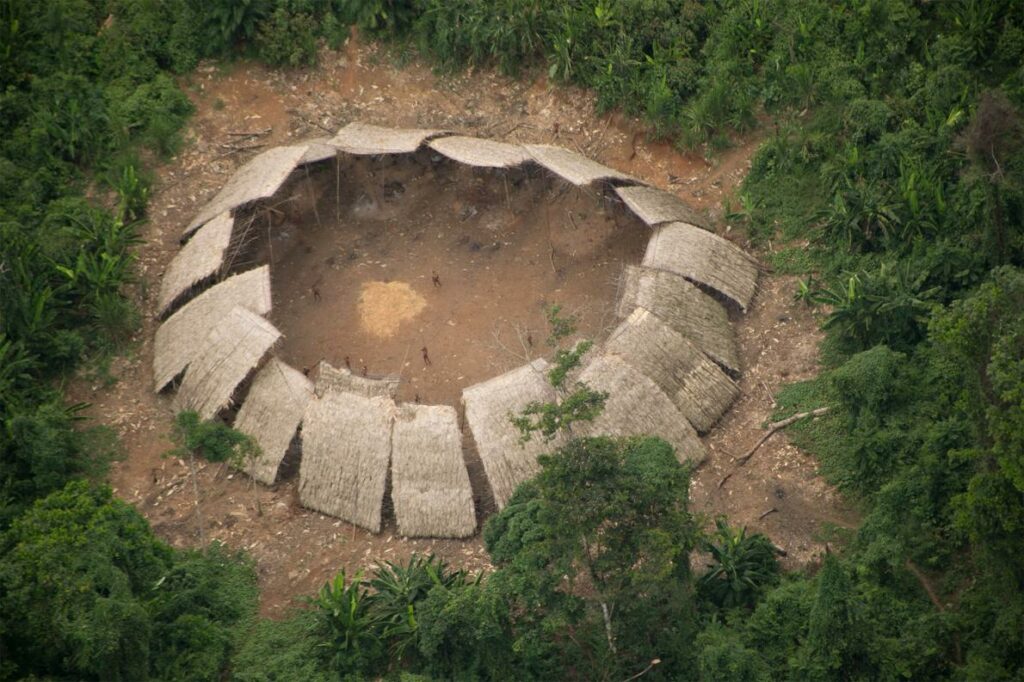 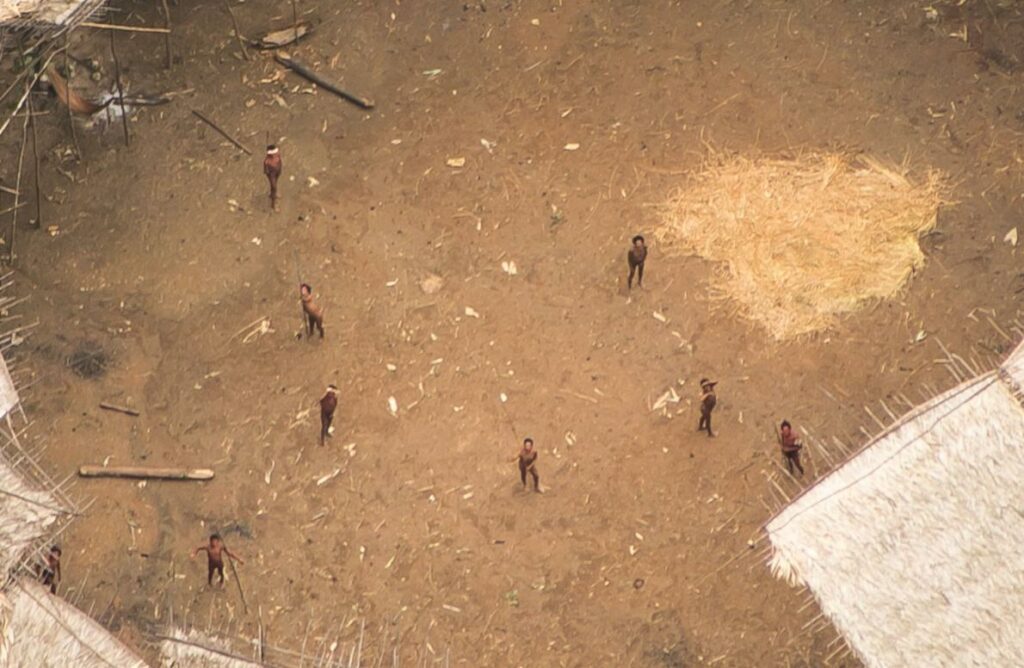 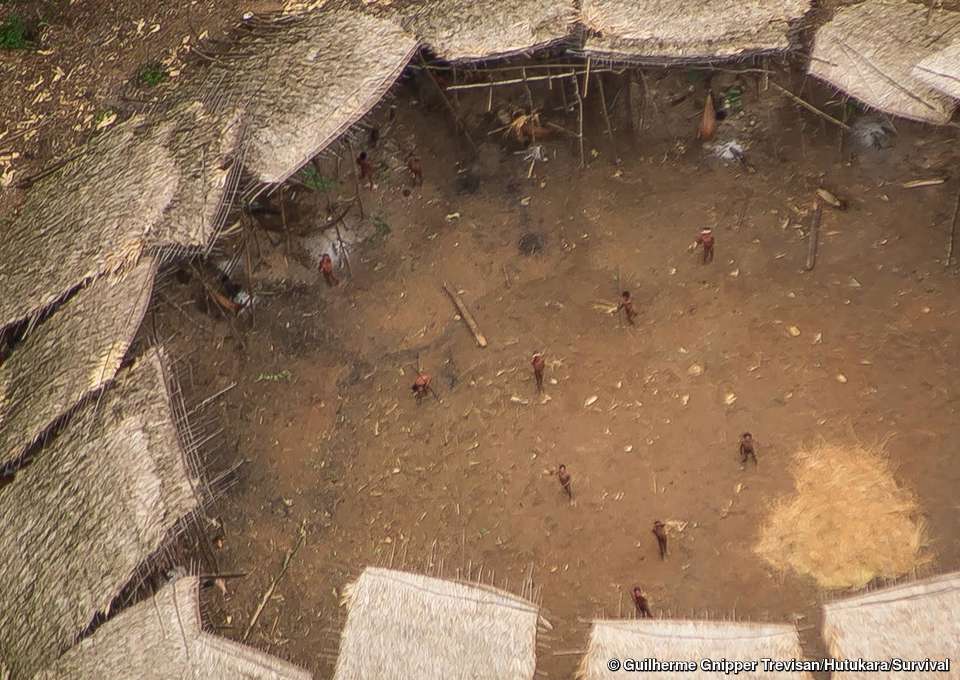 Here are a couple of pictures of a CONTACTED tribe: