According to statements from a former US naval officer, there are top-secret UFO documents which ‘prove UK’s biggest Alien sightings was real’ 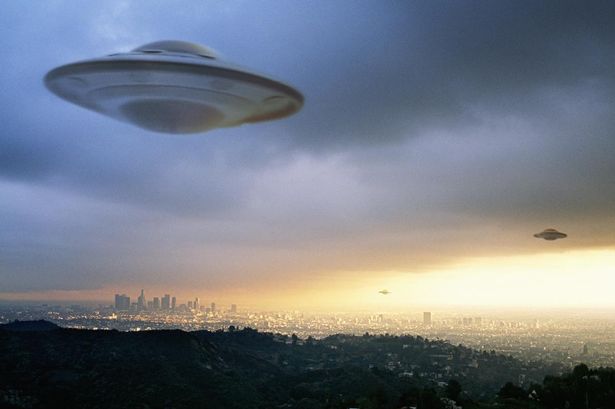 Among the most famous UFO sightings ever to occur in the United Kingdom is the Mass Sighting known as the Suffolk Rendlesham encounter.

While for years, people remained skeptical about the occurred, a former US naval officer has shed light on the case, claiming that there are top secret documents which prove Britain’s most famous UFO sighing was, in fact, real, and is not a hoax like many believe.

Over 30 years ago, in December of 1980, the skies above Suffolk were lid up with strange and extraordinary lights, where dozens of witnesses from the area claimed the saw an extraterrestrial spacecraft land.

Now, a former US naval officer has joined a long list of former government officials, astronauts and researchers who have come out of the dark, openly speaking about the existence of Alien life in the universe, and on planet Earth.

The former US Naval officer claims he has seen top secret documents which undoubtedly prove the incredible UFO encounters at Rendlesham Forest were genuine.

The 49-year-old former navy officer who preferred to remain anonymous states he has valuable data about the Rendlesham UK UFO mass sightings, in Suffolk in 1980, which suggests the sighting was real and has been covered up by the government like many other encounters in the past.

In an interview with the Express, the former US navy officer said: “I have never seen a UFO or ET or alien, however, I have seen literally tens of thousands of documents confirming they are real and have visited Earth.”

He decided to speak out to the public after the confidentiality agreement he had signed with the US authorities had expired in 2014.

He continued: “Legally, you are not authorized to walk off with classified information. That is treason and treason is a felony.

“I do not possess anything other than my testimony and documents that authorize that I legitimately had the individual top-secret security clearances.”

According to the former US officer, a person with higher security clearance than him had spoken with him about the mysterious Rendlesham Forest case saying that beings not from Earth were most definitely involved.

The former US officer belongs to a list of numerous astronauts, scientists, and government officials who have spoken out about the UFO phenomenon and Alien life.

“…I’ve been asked (about UFOs) and I’ve said publicly I thought they (UFOs) were somebody else, some other civilization.” — Eugene Cernan, Commander of Apollo 17. The quote comes from a 1973 article in the Los Angeles Times.

“I believe that these extra-terrestrial vehicles and their crews are visiting this planet from other planets… Most astronauts were reluctant to discuss UFOs.” – Major Gordon Cooper, astronaut, testifying under oath to the United Nations

“I have no idea what it could be. It was grayish in color and about thirty to forty feet away.” — Major Robert White, July 17th, 1962. Reported during the fifty-eight-mile-high flight of an X-15. “There ARE things out there! There absolutely is!” Major Robert White’s radio transmission according to a Time Magazine article

It seems that after all, the time has come for humanity to know the truth about Alien life, UFOs, and everything else that has been kept from society in the last couple of decades.