The Antediluvian Wall of Texas: A Lost Civilization under Texas?

The Town of Rockwell got its name from a mysterious wall hidden beneath the surface. Some refer to it as the Antediluvian wall of Texas, and some have gone as far as to suggest that the strange rock wall buried under the surface is the ultimate evidence of a Lost Civilization beneath Texas.

More than 100 years ago, a strange wall was discovered in Texas. Now, it turns out that the remains of this wall may have belonged to an antediluvian long lost civilization that inhabited the region in the distant past.

There is a town in Texas called Rockwall. Most people that live there have absolutely no idea from where the town got its name from. It turns out that the town was named after a strange wall was dug up together with a giant skull after people were searching for water.

According to reports, the Antediluvian map is a nearly perfect rectangle with 4 miles in width and 7 miles in lengths, with a total area of over 20 square miles.

It turns out that the top of the wall had a uniform elevation of 550 ft above sea level.

But how was the wall discovered?

The story goes back to three newcomers, early settlers that came to the region in the past. T.U. Wade, B.F. Boydston, and a Mr. Stevenson arrived to establish a farming community before anyone else.

In 18523, T.U. Wade and his family started construction on their house building it on the east side of the east fork of the Trinity River valley just outside the western edge of modern-day Rockwell. 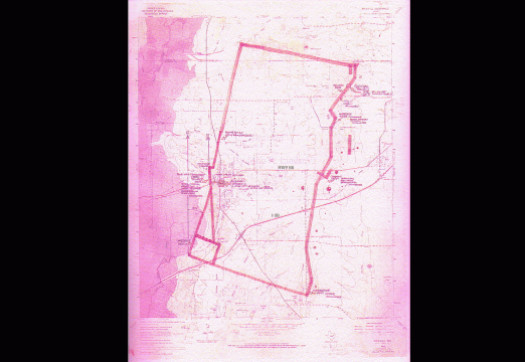 After additional excavations, Mr. Wade discovered a rock wall buried underground which ran across the are at an extended length.

Further digging revealed countless stacked stones that were too heavy for ordinary men to lift.

Then, at around thirty feet, the discovered what appeared to be a nearly perfect square opening in the wall, which has been called the window ever since. 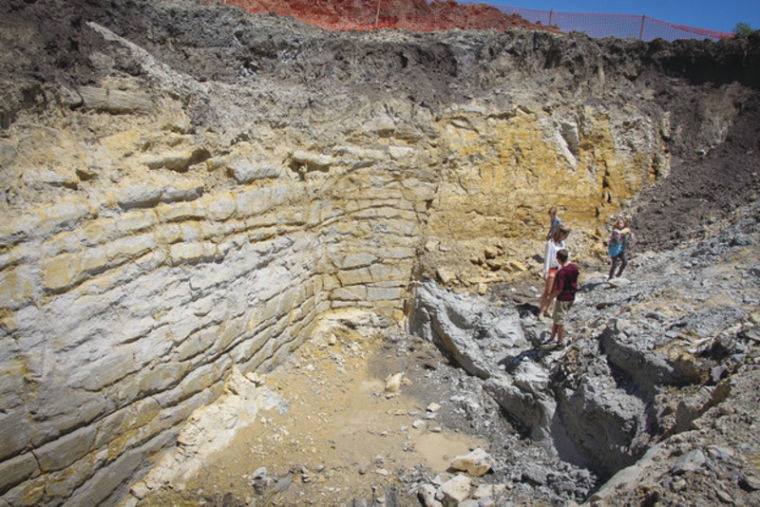 The total depth of the shaft was around forty feet, but they did not go further and did not discover the bottom—if there is one—of the structure.

Years after, in 1949, Mr. Sanders of Forth Worth, Texas performed excavations at the wall. The digging resulted in four megalithic stones that were brought to the surface weighing several tons. One of the stones had peculiar inscriptions resembling what appeared to be pictographs.

Interestingly, there are reports of doorways or passages found in the wall thanks to excavations in the last one hundred years. The Dallas Morning News reported this discovery in 1967, “Back in the 1920’s, T.H. Meredith said a well was dug on his farm just east of the town of Rockwall, and Mr. Meredith declared that the digging went alongside a masonry wall which seemed to have an arch over a doorway or window.”

In addition to all of the above, excavations dug up curious metal rings composed of Tin, Titanium, and Iron EMBEDDED into the rock.

“The exposed wall is quite spectacular to see first hand and determining its origin, genesis, and age invokes some exciting research opportunities that can certainly advance our understanding of this type of phenomena.”

The most important fact, however, is the point that geologists actually do not know the precise processes that created this feature; and, therefore, a systematic and detailed study of a section of the wall has the potential to expand our knowledge and reveal new data not considered heretofore.”
Randall Moir Ph.D. Archaeologist – Dallas, Texas 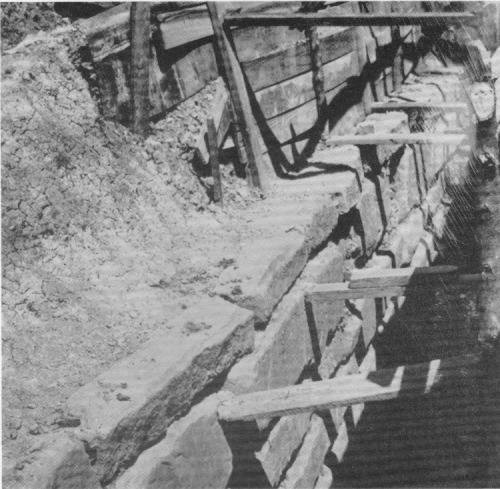 “It is good when examples like Rockwall appear that test our abilities and cause us to question basic Newtonian Mechanistic assumptions that have not been modified for over 150 years. Physics had to abandon this approach at the turn of this century, opting instead for relativity and quantum mechanics in order to further their understanding of matter and the universe.

These two theories are currently undergoing radical revision behind the scenes because of new discoveries that do not fit that paradigm. We would do well to embrace the new physics to help us explain things that we have swept under the rug for too long before we lose all credibility.”
James (Bud) Shelton Geologist – New Orleans, La.

Further excavations are waiting to be done, and this is why Josh Reeves has started a fundraiser in an attempt to conduct his own independent archeological dig of the ancient wall in Rockwall, Texas. The goal is simple, dig out one or more sections of the wall and conduct a complete investigation documenting on film, every step of the process, in what may be the oldest civilization ever found.

The Giant Skull of Rockwall