Warned off the Moon? Video shows Alien bases on the...

Were Apollo-mission Astronauts warned off the Moon? This video shows ‘extraterrestrial’ structures on the far side of the moon that should not exist, and could be the ultimate reason why there haven’t been any manned missions to the moon in recent years.

In recent years, a freakishly large number of highly ranked government officials, former astronauts, and military officers has spoken out about UFOs and Alien lifeforms that have been actively visiting our planet for thousands of years. The events that ancient cultures recorded in the distant past when visitors from the stars came to Earth are slowly but surely transforming from mythology and legends into facts. Today there is enough evidence to suggest our planet has been visited by superior alien civilization from elsewhere int he cosmos. That, of course, is according to countless whistleblowers who have come forward spilling the truth that governments around the world have tried very hard to keep from society.

Today, millions of people around the world firmly believe we are not the only intelligent species in the known universe. In fact, there are high indications that alien life is present in our solar system, not to mention our Galaxy. The number of potential planets discovered by NASA has risen to thousands. But that is if we only take in count our galaxy alone. The truth is that the number of potential planets that have the ability to sustain life as we know it could number in the trillions.

But what about alien life? What are the alleged whistleblowers saying? One of our favorite quotes regarding alien life comes from Edgar Mitchell, the astronaut who participated in the Apollo 14 mission in 1971, and the sixth man to walk on the moon. Mitchell said that “after traveling in space, I am fully confident that the aliens are watching us. I do not know how many, where and how they do it, but watching us; We see these ships at all times.”

However, Mitchell wasn’t the only astronaut to speak openly about extraterrestrial crafts.  Edwin Eugene Aldrin, Jr., aka ‘Buzz’ Aldrin, former American astronaut, and engineer, has also spoken out about the UFO phenomenon. Buzz Aldrin was the Lunar Module Pilot during the Apollo 11 mission and was one of the first two humans to land on the surface of the moon and the second person to walk on it on July 21, 1969, at 03:15:16 UTC. Aldrin said that: “On Apollo 11 in route to the Moon, I observed a light out the window that appeared to be moving alongside us.

There were many explanations of what that could be, other than another spacecraft from another country or another world – it was either the rocket we had separated from or the four panels that moved away when we extracted the lander from the rocket and we were nose to nose with the two spacecraft. So in the close vicinity, moving away, were four panels. And I feel convinced that we were looking at the sun reflected off of one of these panels. Which one? I don’t know. So technically, the definition could be “unidentified.” 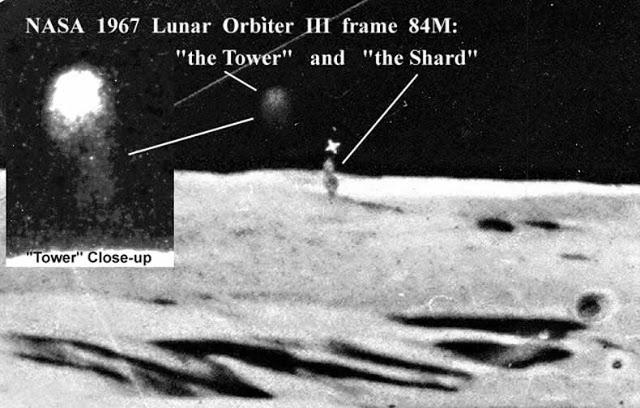 NASA’s Apollo mission are considered by many people around the globe as one of the greatest achievements of humanity, and by other as a complete failure. The truth is that no one can understand why NASA decided to shut down the Apollo program which was going so smoothly for them.

However, there are those who indicate that NASA did not stop at Apollo 17. NASA is said to have continued with the Apollo program and managed to send Apollo 18, 19 and 20 to the Moon. Apollo missions 18 and 19 found evidence of Alien artifacts on the Surface of Earth’s Moon. Apollo 19 was destroyed due to a catastrophic collision and did not manage to return home safely, but that did not stop NASA from sending Apollo 20 to the Moon: The mission that succeeded in returning to Earth lost Alien technology and a ‘humanoid female’ from a crashed alien spacecraft.

But perhaps the biggest enigma of them all is why we never went back to the moon?

With the current level of technologies, spacefaring countries such as the US, China, and Russia possess, traveling to the moon is something that could be achieved with extreme ease. Yet, for an ‘unknown’ reason space agencies around the globe have completely ignored Earth’s satellite and have refrained from manned missions there.

Ufologists stress that this is because alien technology and alien structures have been found on the surface of the moon by the Apollo missions.

The Russian newspaper, Komsomolskaya Pravda, has revealed many alarming details about the moon. Also, according to Ken Johnston, former Manager of the Data and Photo Control Department at NASA’s Lunar Receiving Laboratory during the manned Apollo Lunar Program and B Hoagland, a former consultant to NASA in the 70s, American astronauts saw and recorded “vestiges of human constructions of antiquity” on the moon and photographed some of the technological evidence found on the surface. The astronauts brought back the images to Earth. Both of them have accused  NASA of editing original pictures of the Moon and replacing them with fake images where the structures on the moon had been erased.

For example, the Apollo eight mission snapped a set of extremely controversial pictures and videos from the journey to the moon, which suggests astronauts weren’t alone in space.

One of the most enigmatic objects ones the surface of the moon can be is seen in a clip formed during the mission in December of 1968. The clip appears to show what seems to be a large triangular object located on, or just above the lunar surface.

What do you think about the above? Is it possible that because of alien technology and alien superstructures on the moon, space agencies around the globe have avoided sending manned missions to the moon?