What Were The Mysterious Foo Fighters Seen By Fighter Pilots...

A Royal Airforce Pilot flying a Hurricane interceptor reported in December of 1942 that he witnessed two lights shooting from the ground toward his 7,000-foot cruising altitude while he was flying over France. He first thought it was tracer fire, but realized soon after that this wasn’t the case, as the mysterious ‘lights’ followed him, mimicking every evasive maneuver he made.

The appearance of the so-called Foo Fighters began to be documented during the Second World War when German and allied warplanes began encountering mysterious flying objects without wings.

The first sighting occurred in November of 1944 when fighter pilots reported seeing fast-moving, glowing objects following their aircraft as they were patrolling over Western Europe.

The objects were usually described as being fiery, glowing in a variety of colors including red, orange and white. They had no problem flying in formation, and most importantly, they never showed up on the radar. 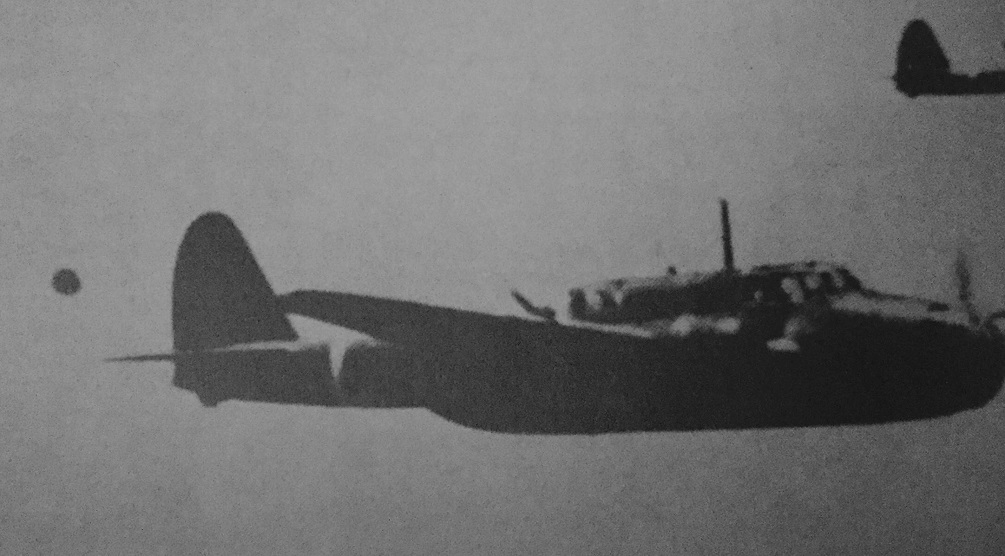 There are several accounts of Foo Fighters flying in formation together with allied pilots, who reported that the mysterious objects seemed as if they were under intelligent control.

The mysterious UFO’s never displayed a hostile behavior towards the pilots. Reports indicate that it was impossible to outmaneuver of shoot down any of the foo fighters.

Allied forces thought that the Foo Fighters were top-secret aircraft developed by either the Japanese or Germans. However, it was later revealed that both the Germans and Japanese hat witnessed the enigmatic objects in the sky.

One of the most famous Foo Fighter encounters was reported by Charles R. Bastien of the Eighth Air Force. According to Bastien, he reported seeing “two fog lights flying at high rates of speed that could change direction rapidly” over Belgium and the Netherlands.

After Bastien was debriefed, his intelligence officers reported that two additional RAfightersrs had reported the same thing over Europe. 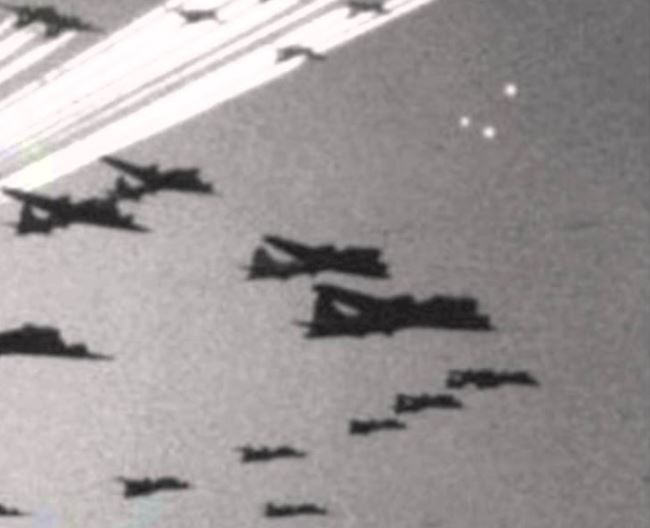 In addition to the sighting made by Bastien and the two RAF fighters, another Royal Airforce Pilot flying a Hurricane interceptor saw two lights shooting from near the ground toward his 7,000-foot cruising altitude in December 1942 over France.

The pilot first thought that what he had seen as tracer fire, but realized soon after that this wasn’t the case, as the mysterious ‘lights’ followed him, mimicking every evasive maneuver he made.

The Time Magazine wrote about the enigmatic objects in 1945:

“If it was not a hoax or an optical illusion, it was certainly the most puzzling secret weapon that Allied fighters have yet encountered. Last week U.S. night fighter pilots based in France told a strange story of balls of fire which for more than a month have been following their planes at night over Germany. * No one seemed to know what, if anything, the fireballs were supposed to accomplish. Pilots, guessing that it was a new psychological weapon, named it the foo-fighter.”

As the phenomena was widespread and not localized, The postwar Robertson Panel theorized whether it was possible that Foo Fighters were, in fact, electrostatic phenomena similar to St. Elmo’s fire, electromagnetic phenomena, or simply reflections of light from ice crystals.

There are other theories that Foo Fighters were in fact ‘alien drones’ that were part of larger UFO’s. The enigmatic objects would supposedly dock off from the UFOs, in order to perform surveillance mission.

Neither German nor allied pilots had seen anything like them before which is why the mystery behind the objects spread quickly around the world.

Were they top-secret weapons developed by the Germans or Japanese?

Or, is there a possibility, as some UFO researchers suggest, that the so-called Foo Fighters were actually visitors from another world?